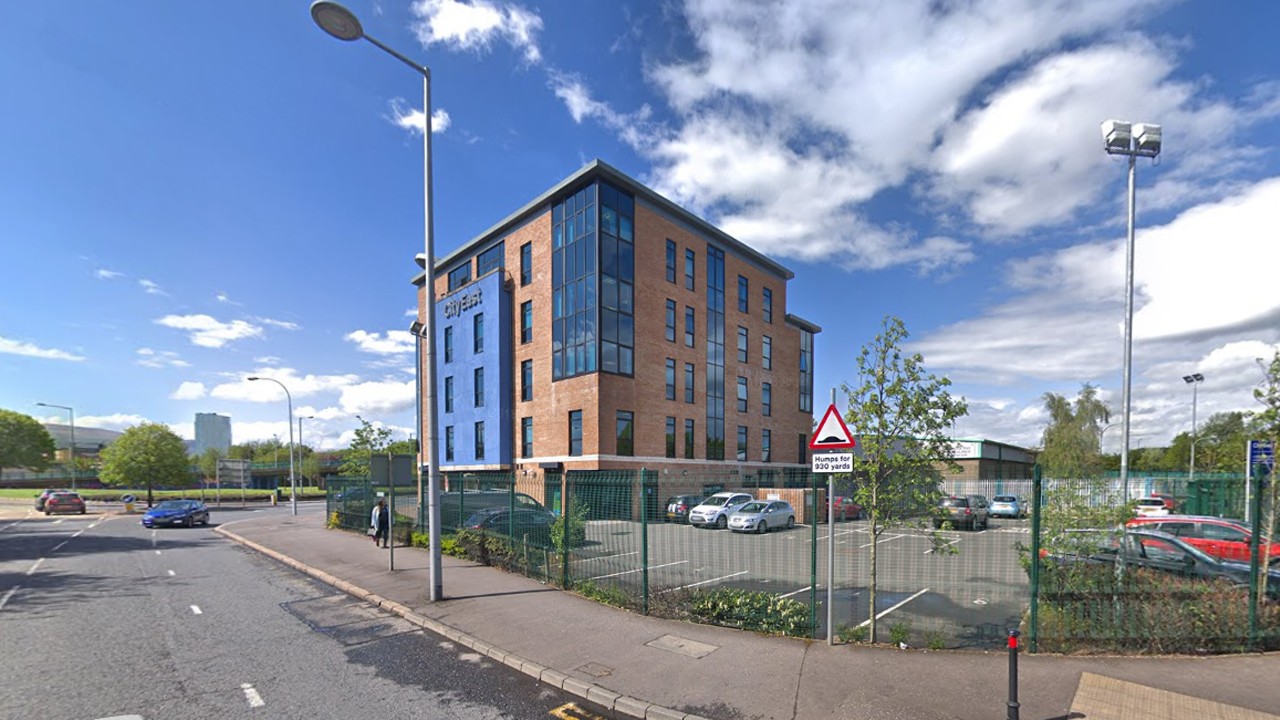 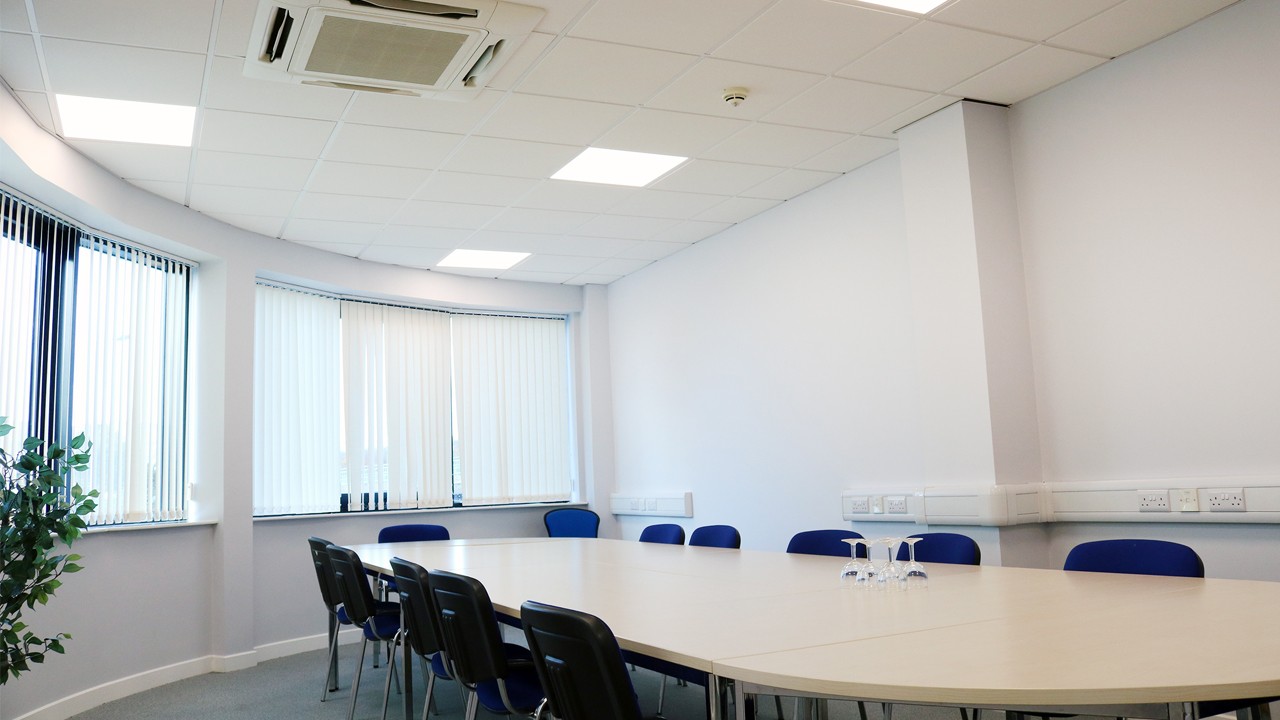 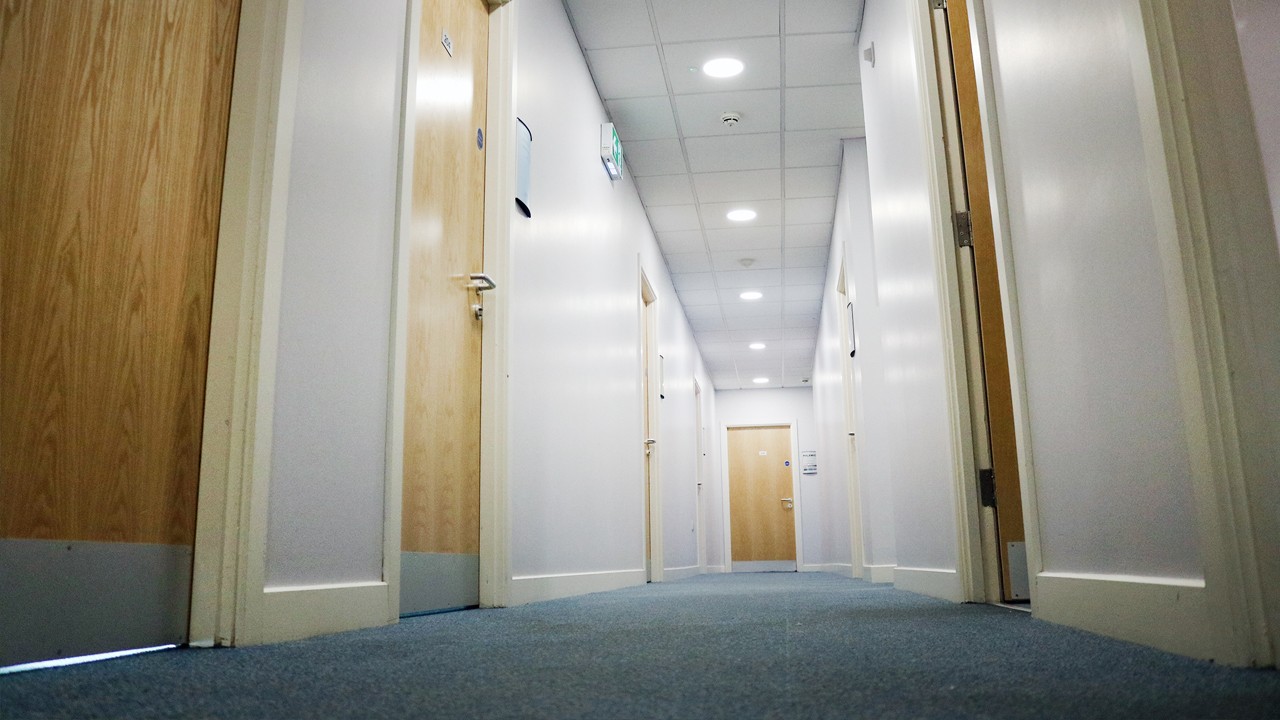 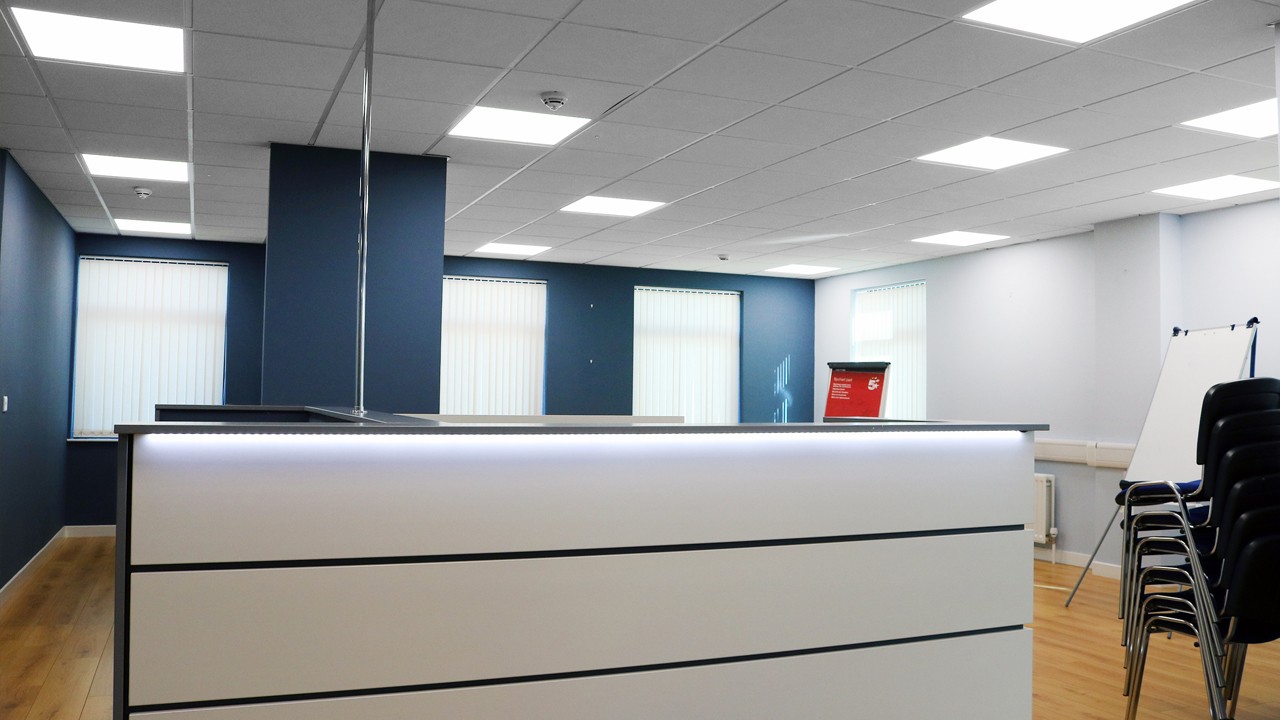 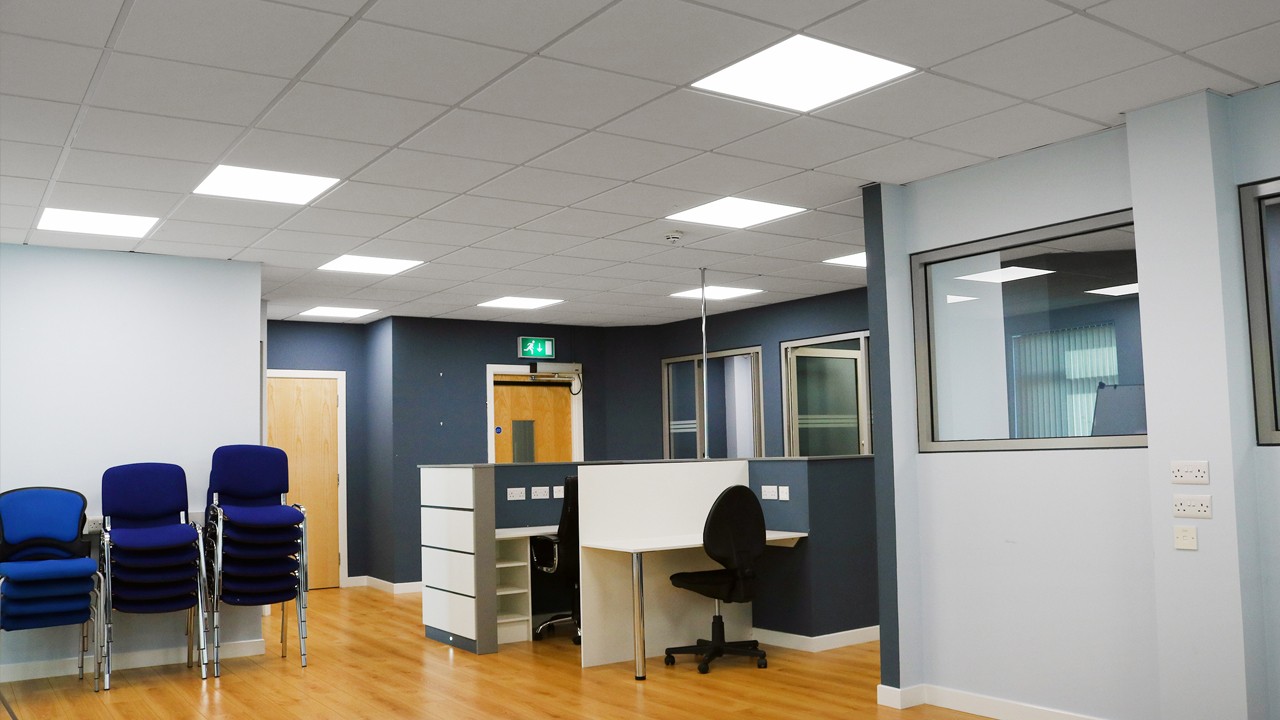 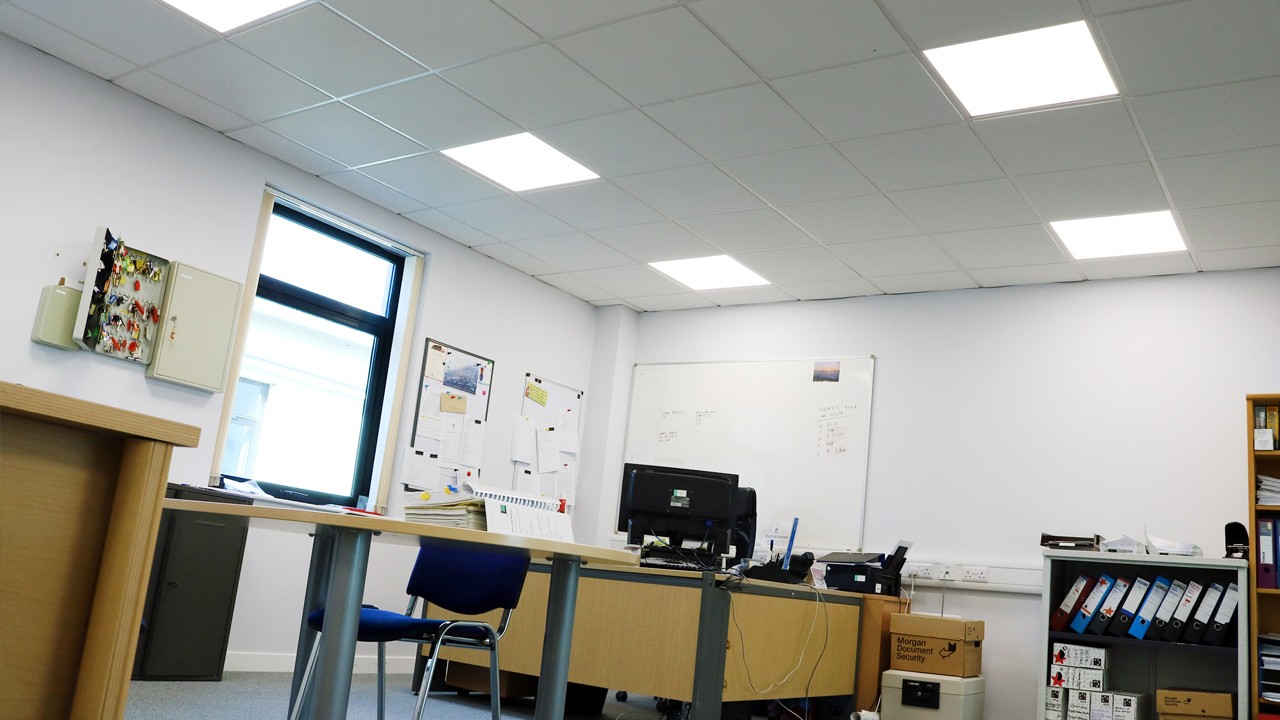 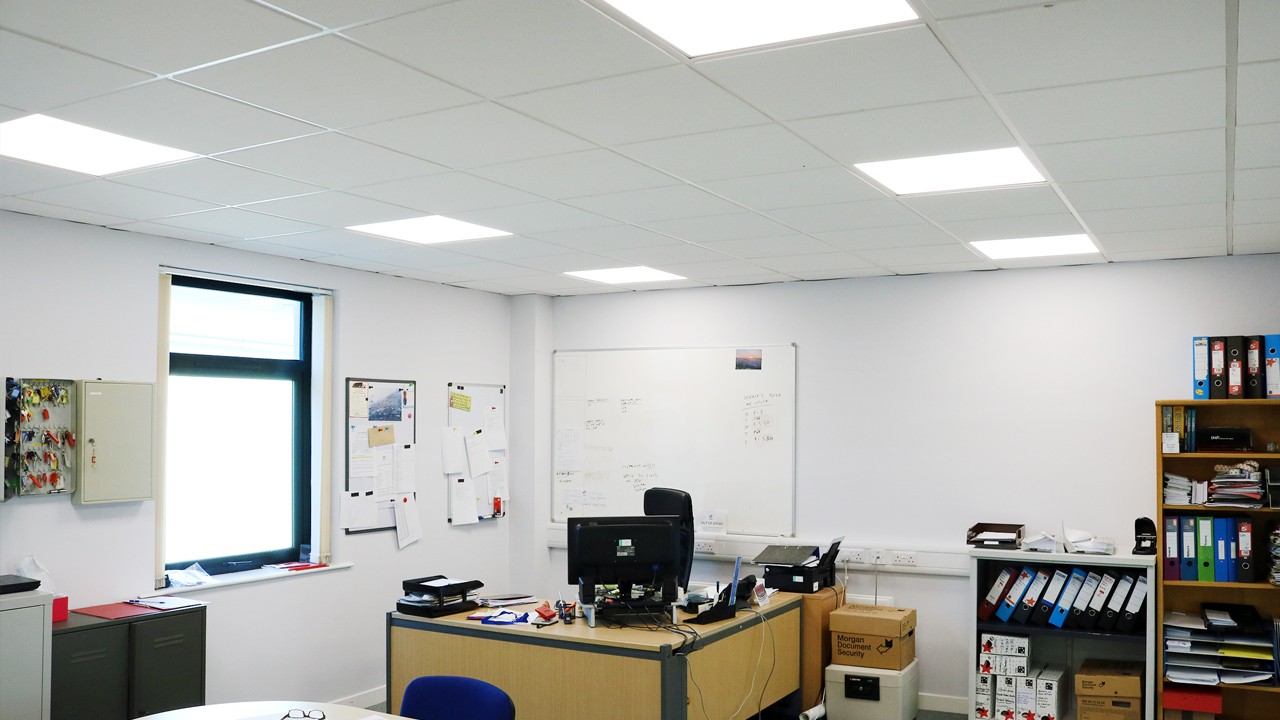 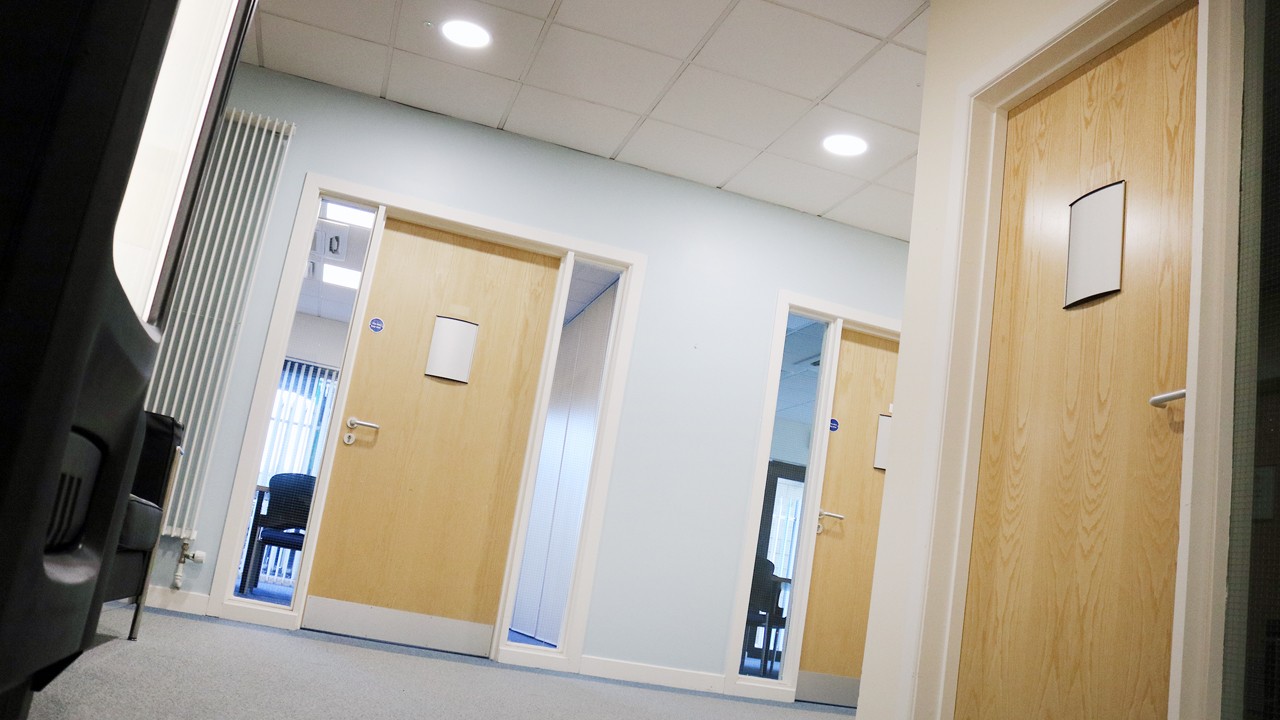 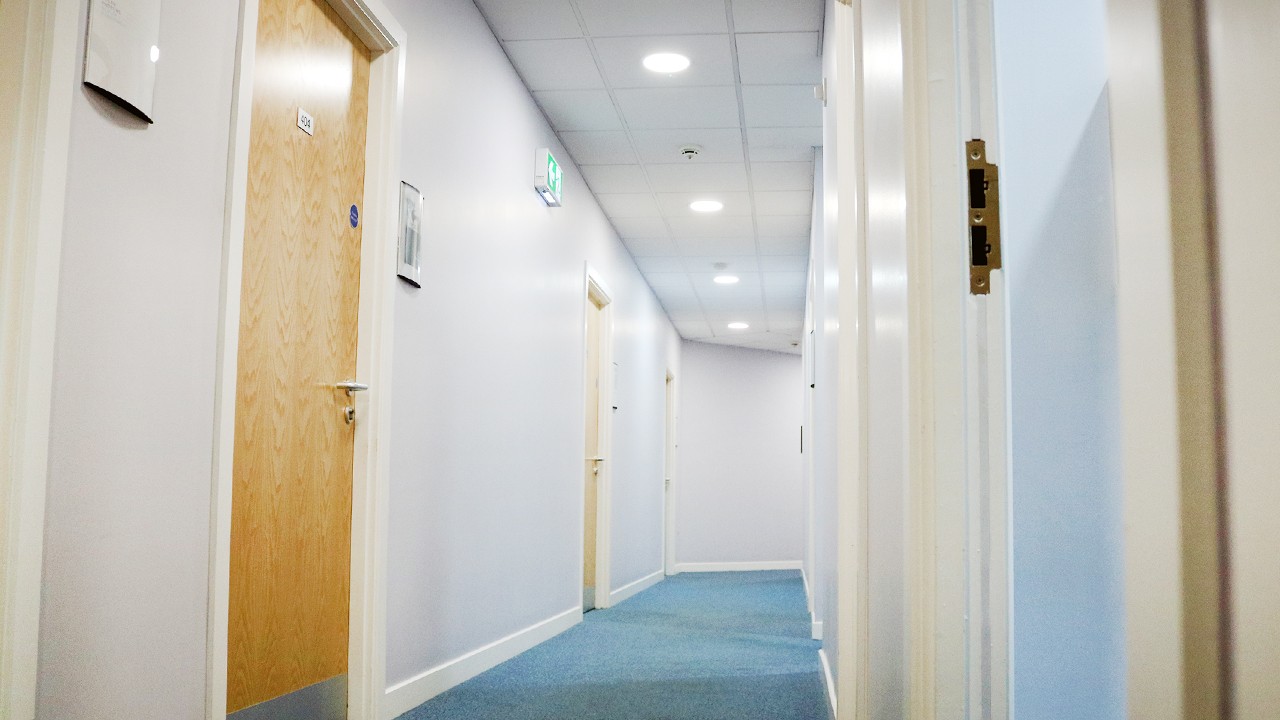 East Belfast Enterprise Centre is the Local Enterprise Agency for East Belfast, offering a starting point for anyone wishing to create a business or grow their current business. Their 5 storey premises offer 24 hour access to workshop units, private offices and a range of other facilities. Due to the buildings high running hours, EBEC required a new LED lighting system that reduced energy consumption and the overheads for the premises. Meteor Lite were asked to come up with a solution that would rectify this.

We worked closely alongside the client to ensure that all details had been covered before the work commenced. Due to the premises housing multiple businesses, we had to ensure that our work caused no interference. Our solution was to introduce office fittings that not only reduced the energy consumption, but also increased the lighting levels throughout the building. Throughout the corridors on all 5 floors 18W recessed down lights replaced the original 2x26W fittings, these reduced the power used by almost a third. We also added PIR (presence detection) sensors in order to further reduce energy consumption. Within the offices 2x55W panels were in place, we substituted these with 30W LED panels which also significantly reduced the overall wattage being used. This project also included the installation of a range of emergency fittings throughout the premises.

The new LED lighting system has allowed East Belfast Enterprise to decrease approximately 91,000kW off their annual electricity usage, thus significantly reducing their expenditure on energy costs. Each of the 530 fittings used in this project has a life expectancy of approximately 50,000 hours which means for companies such as EBEC with high running hours, this will also significantly reduce their maintenance and replacement costs. The estimated project payback for this job is only 28 months.

More Commercial Projects Back to all Projects