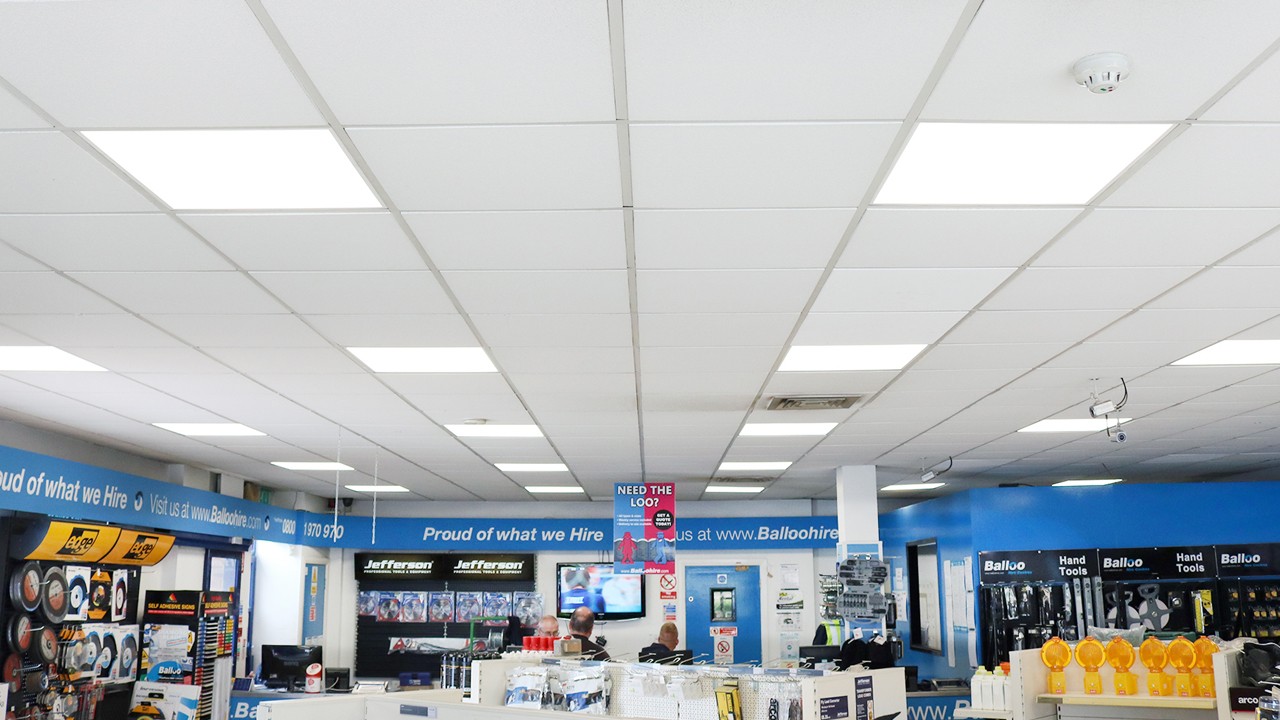 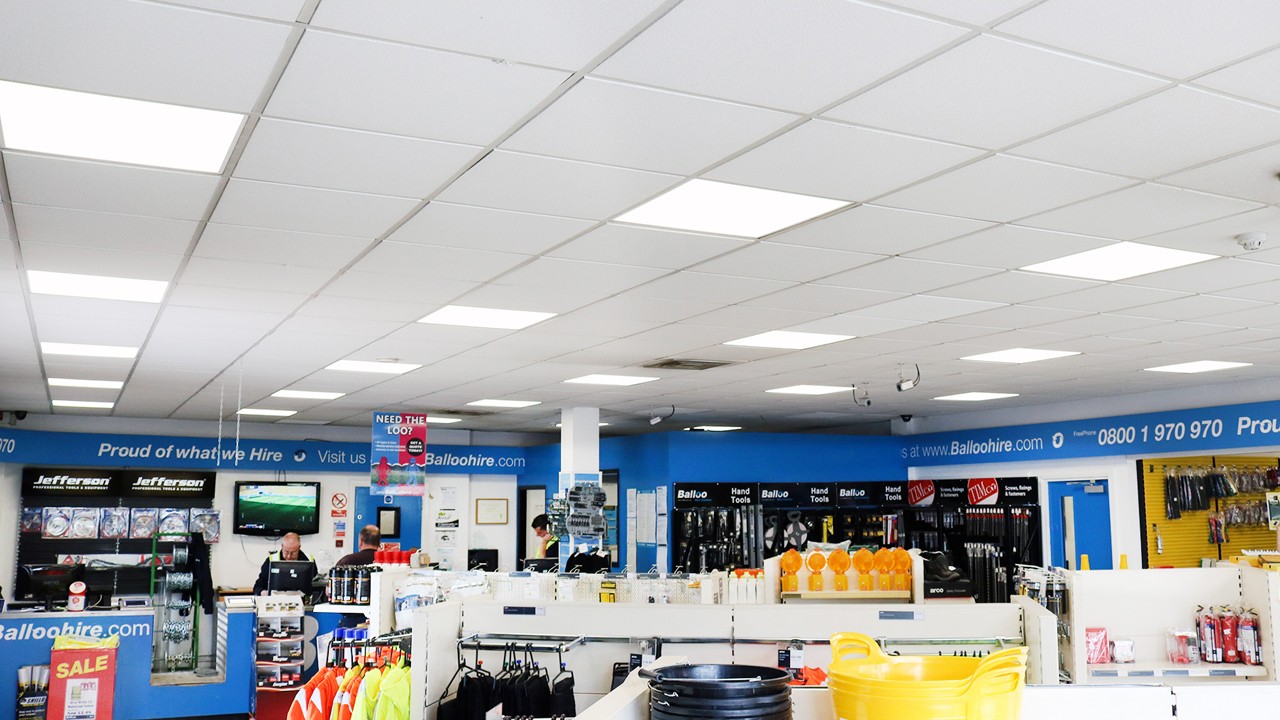 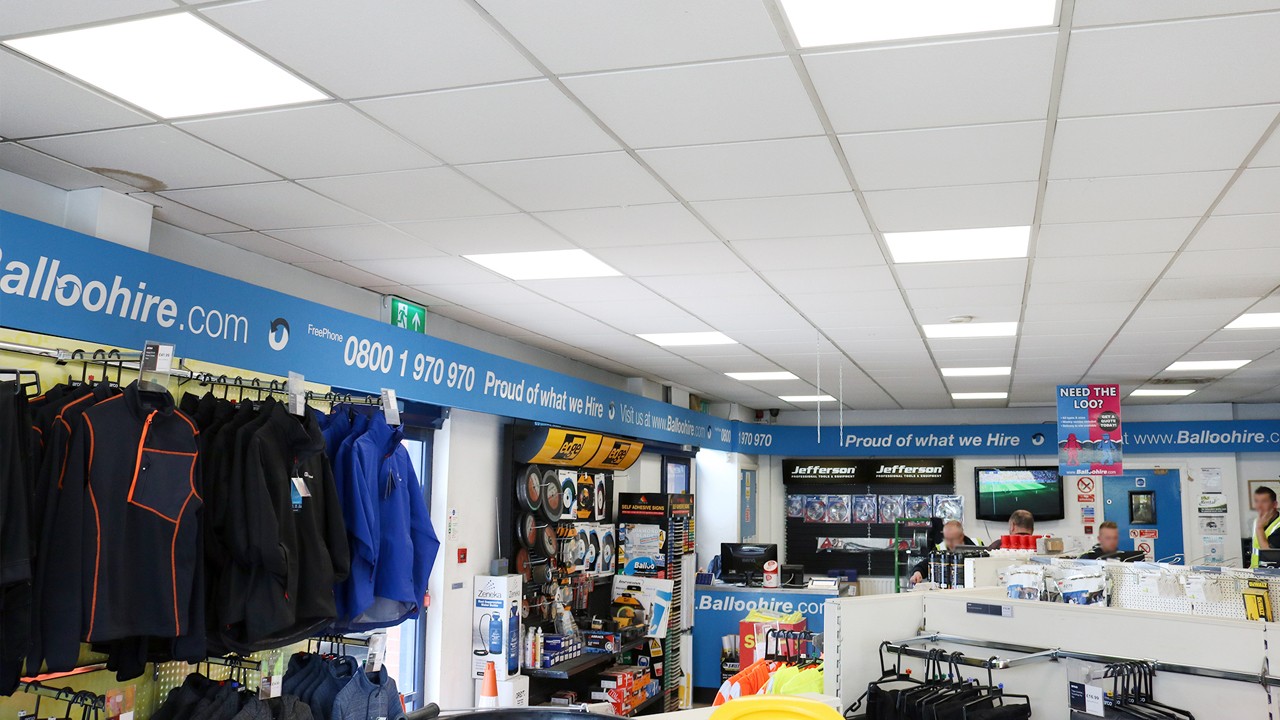 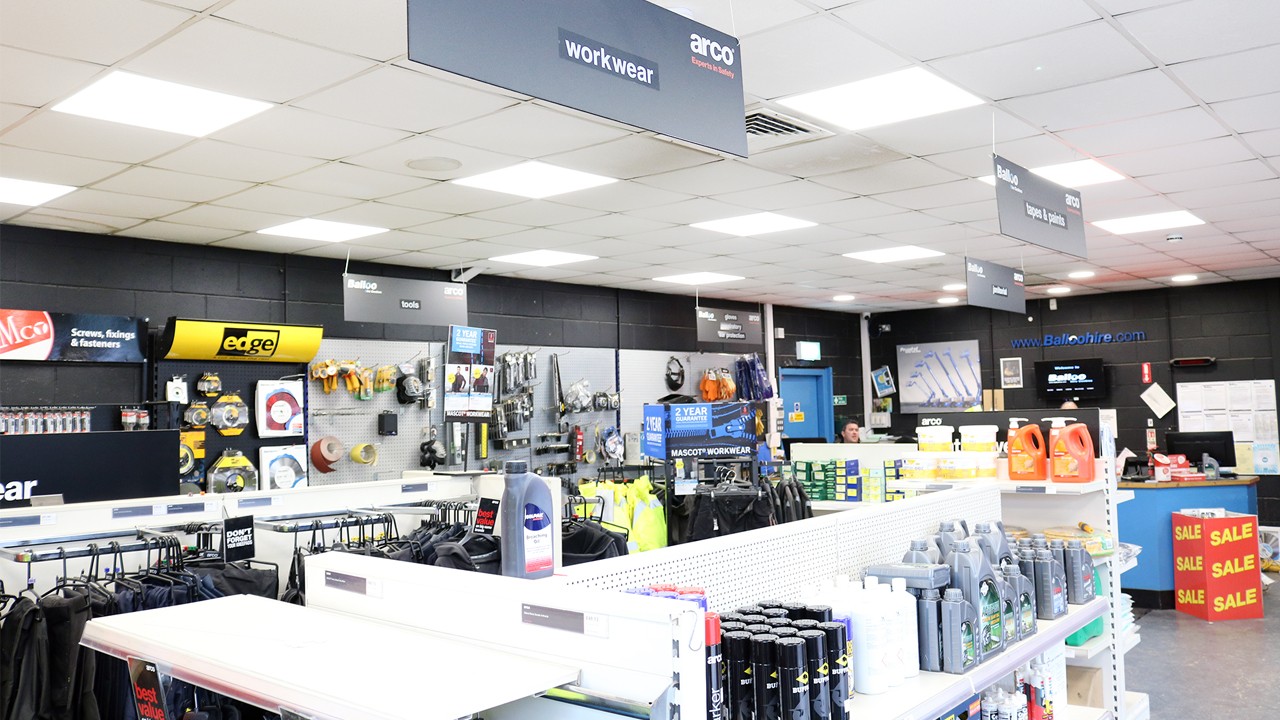 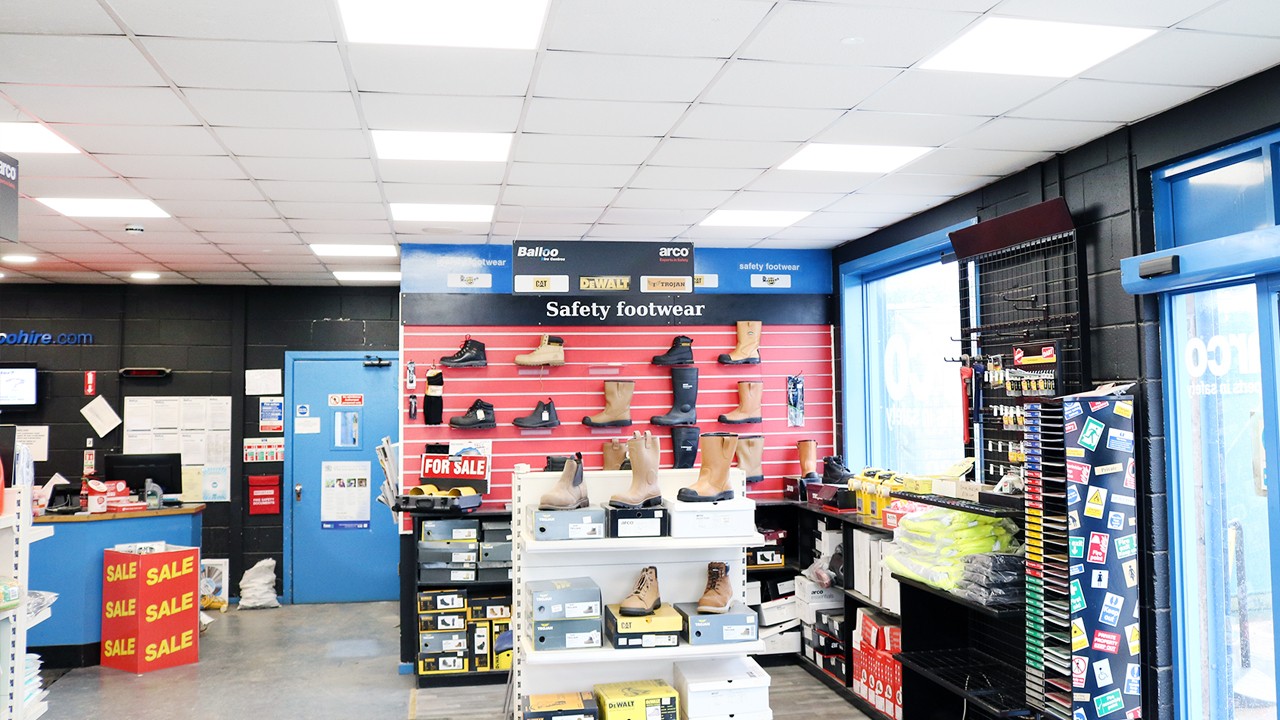 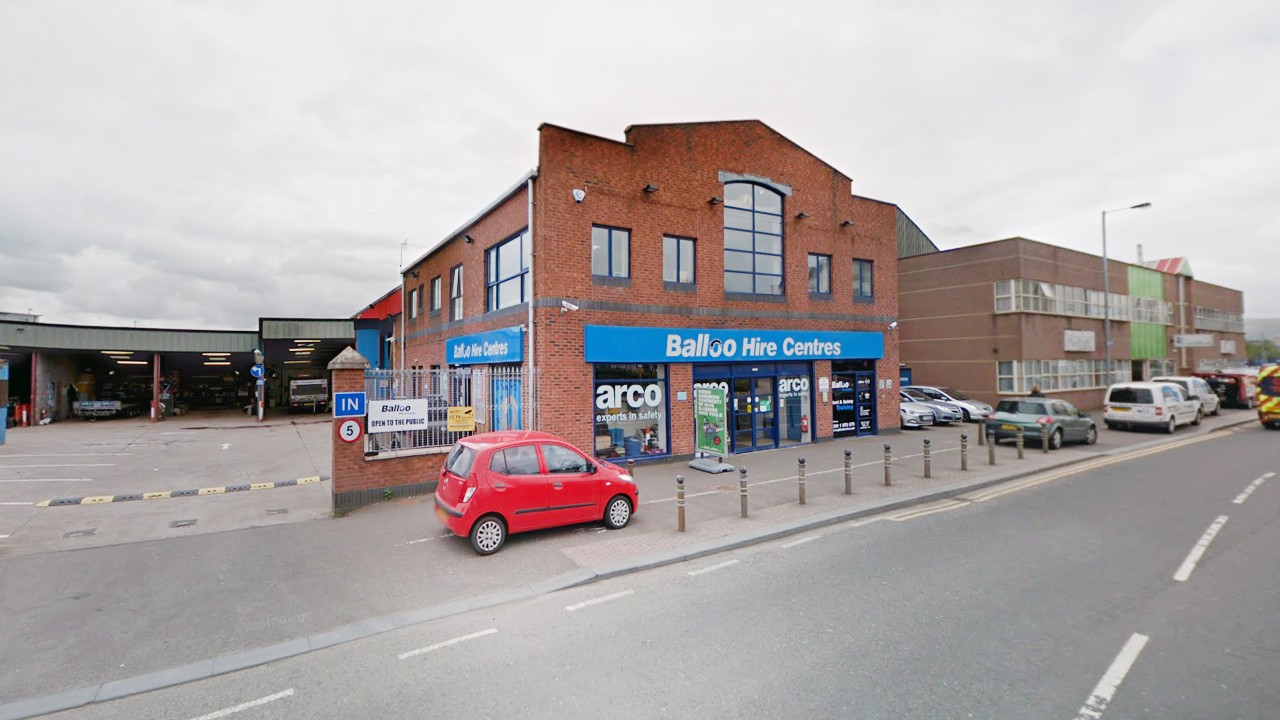 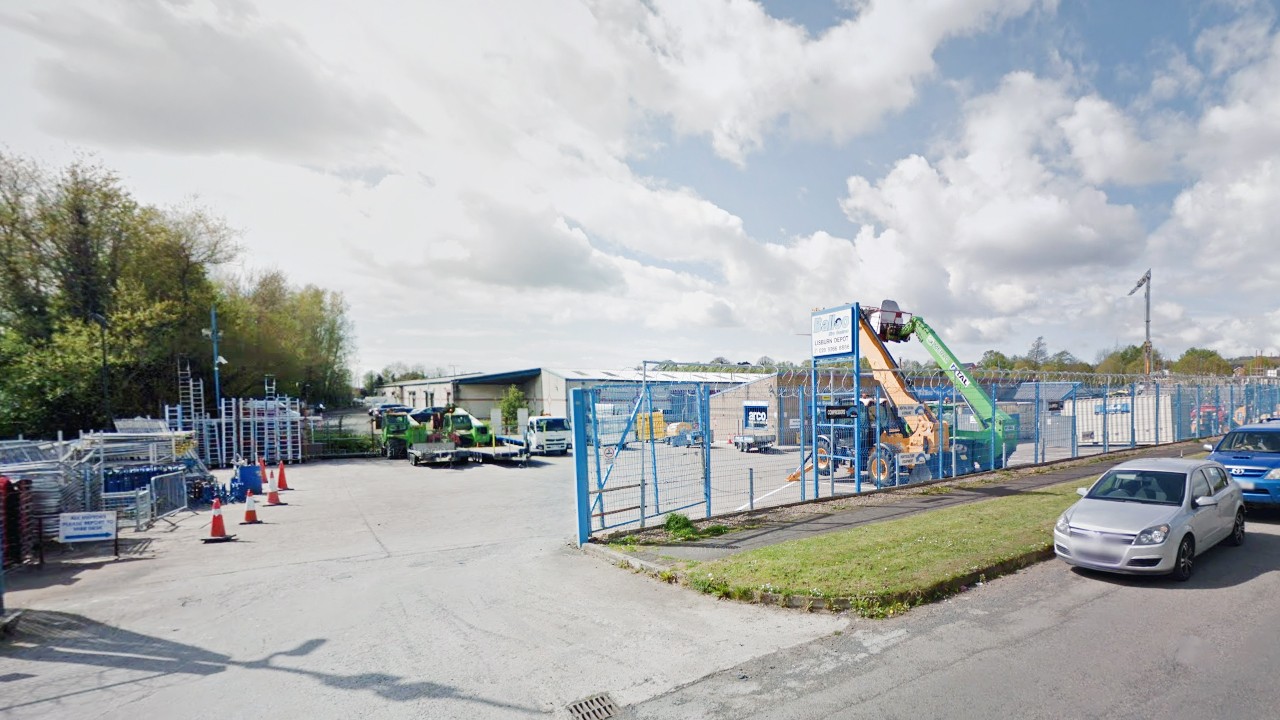 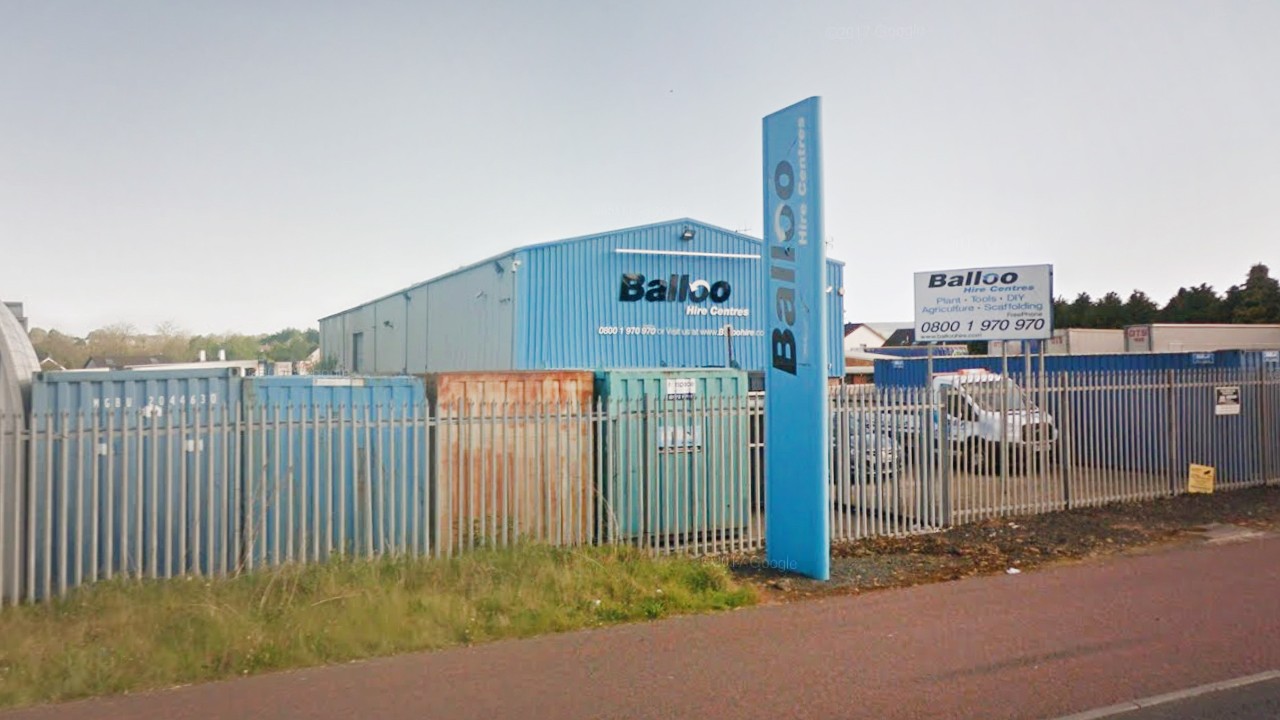 Balloo Hire Centres provide specialist tool hire, plant hire, chemical toilet hire and site accommodation hire from their range of depots across Northern Ireland. In addition to plant hire their depots also stock a large range of consumable items for sale, available in all of their showrooms. Meteor Lite were tasked with upgrading the lighting systems within the premises of 5 of their branches based in Belfast, Bangor, Lisburn and Ballyclare.

Due to the size of the project, we had to vigorously plan and organise several site visits to ensure each stage of the process went smoothly. Across the 5 locations 354 fittings in total were replaced with an LED alternative. Predominantly within each branch, 4x18W fluorescent lights were installed in the showrooms/shop fronts, these fittings were upgraded to 36W LED panels. The workshops originally had 2x58W fluorescent fittings and 400W metal halide low bays installed, these were replaced with 54W LED corrosion proof battens and 150W LED high bays. The choice of lighting solution chosen for each area was able to lower the total amount of wattage used by more than 50%. On the exterior of the buildings, the existing 250W metal halide floodlights were replaced with 100W LED floodlights, which produced a brighter, more secure lighting for each of the premises.

The new lighting system installed within each branch has allowed Balloo to save a total of 80,910kW of power annually, thus significantly reducing their electricity bills. Each fitting used in this project has a life expectancy of approximately 50,000 hours which means for companies such as Balloo with high running hours, they will also significantly reduce their maintenance and replacement costs. The payback period for each branch was on average 28 Months.

More Retail Projects Back to all Projects