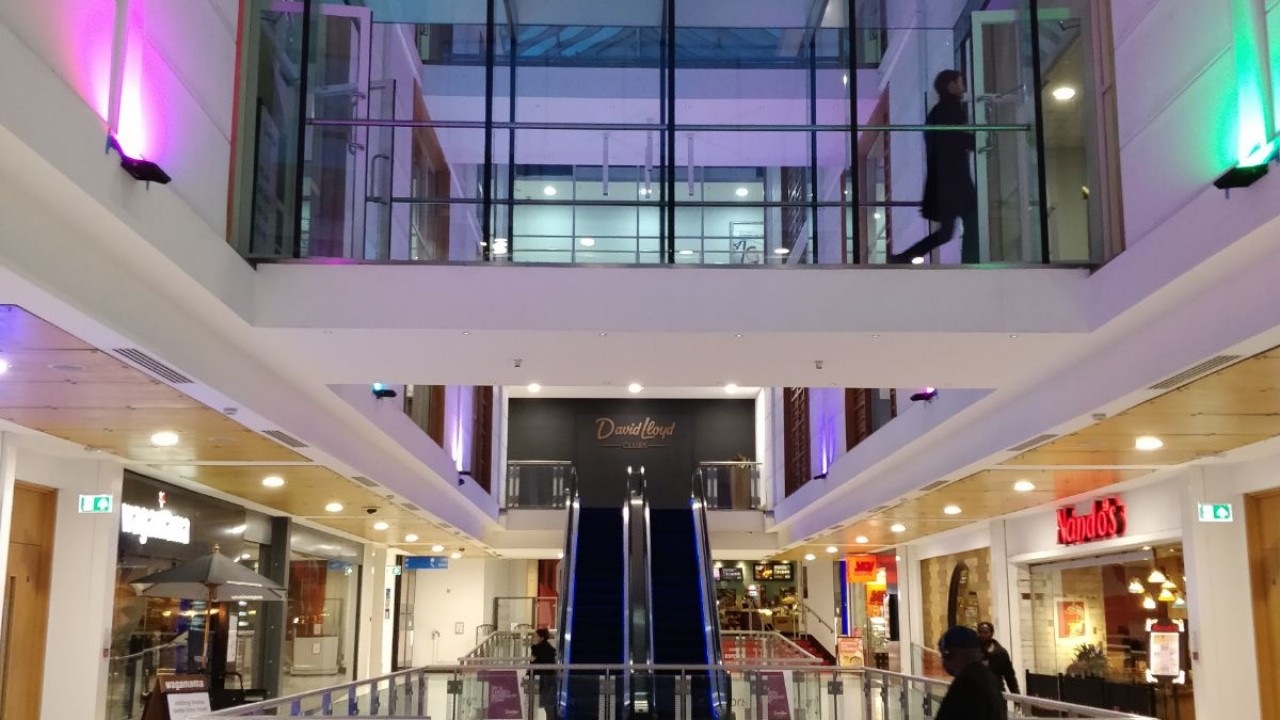 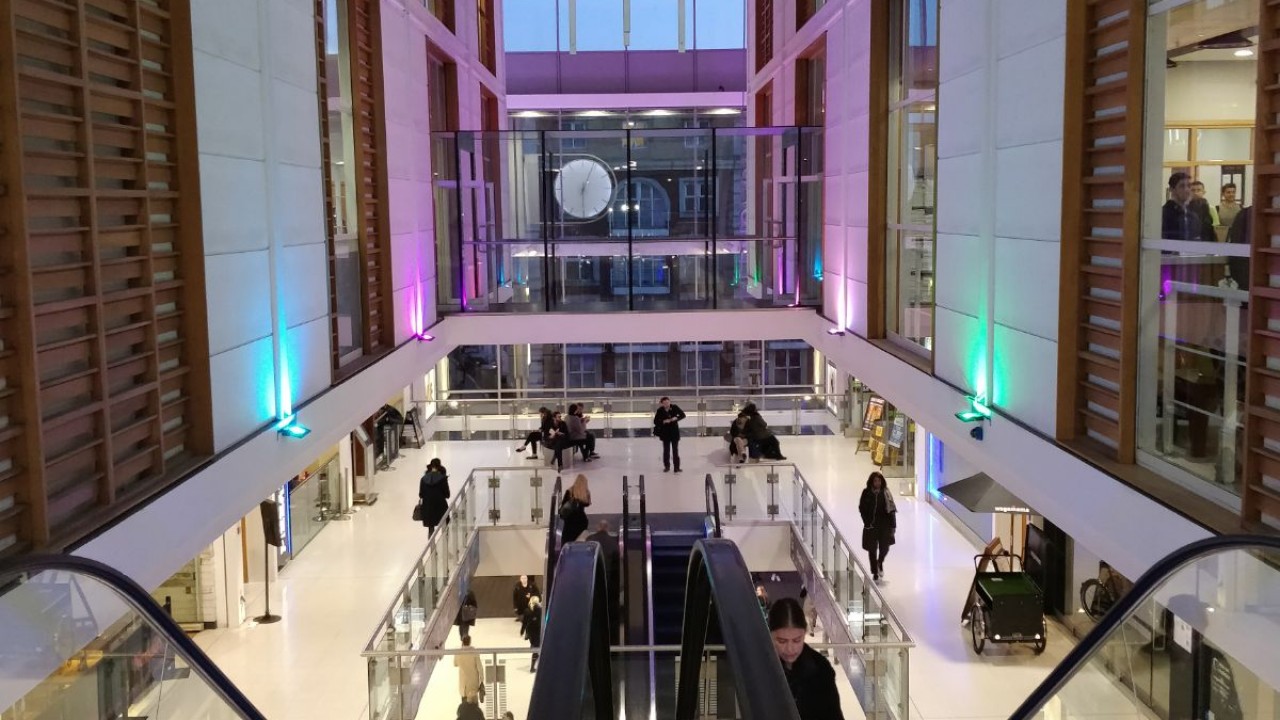 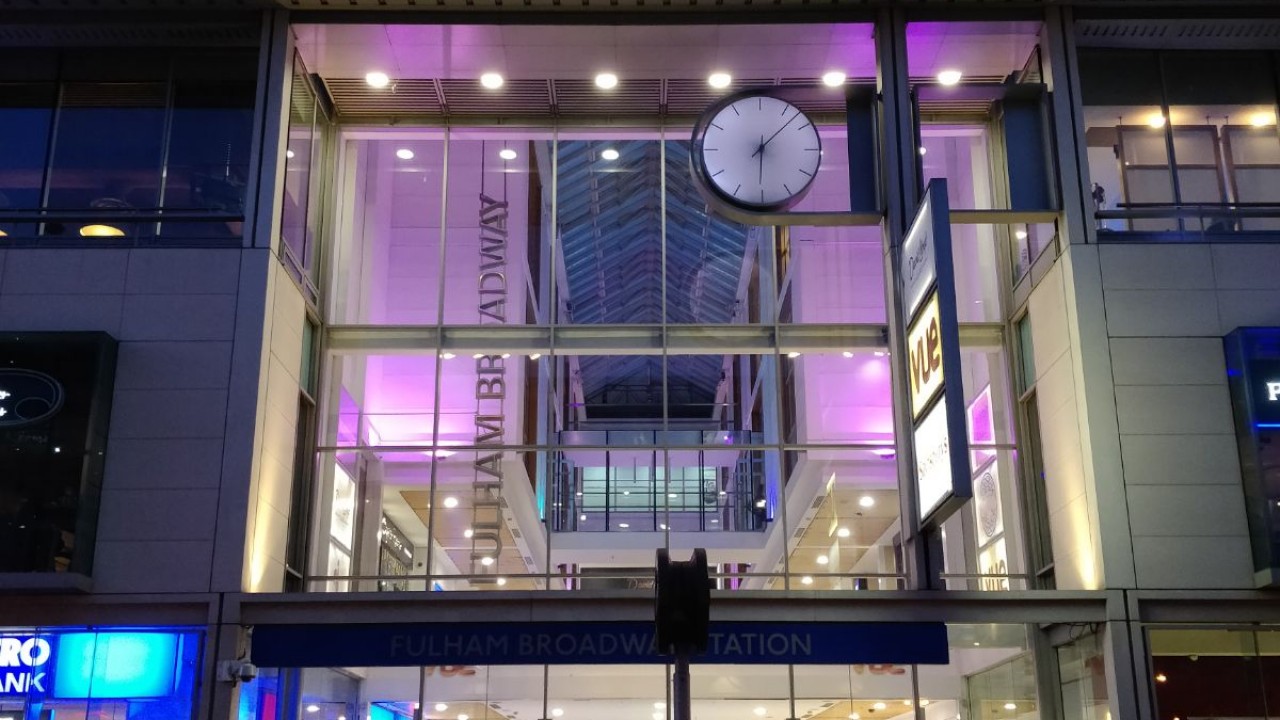 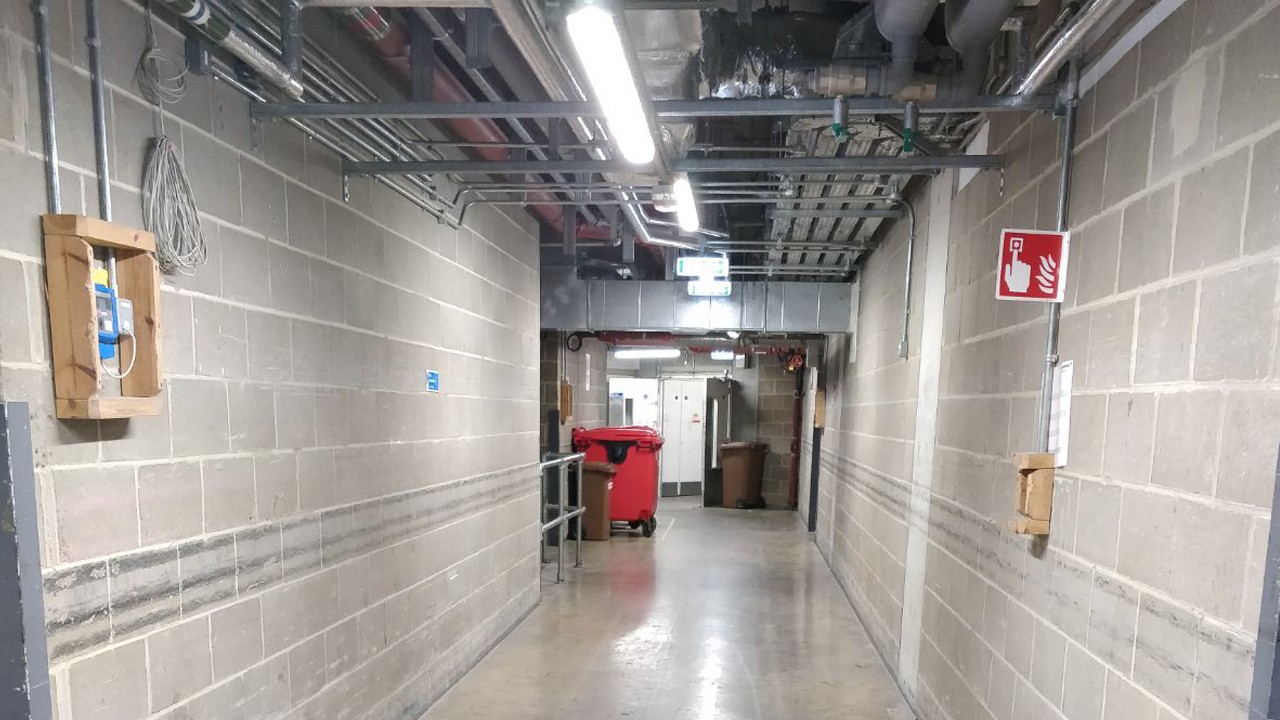 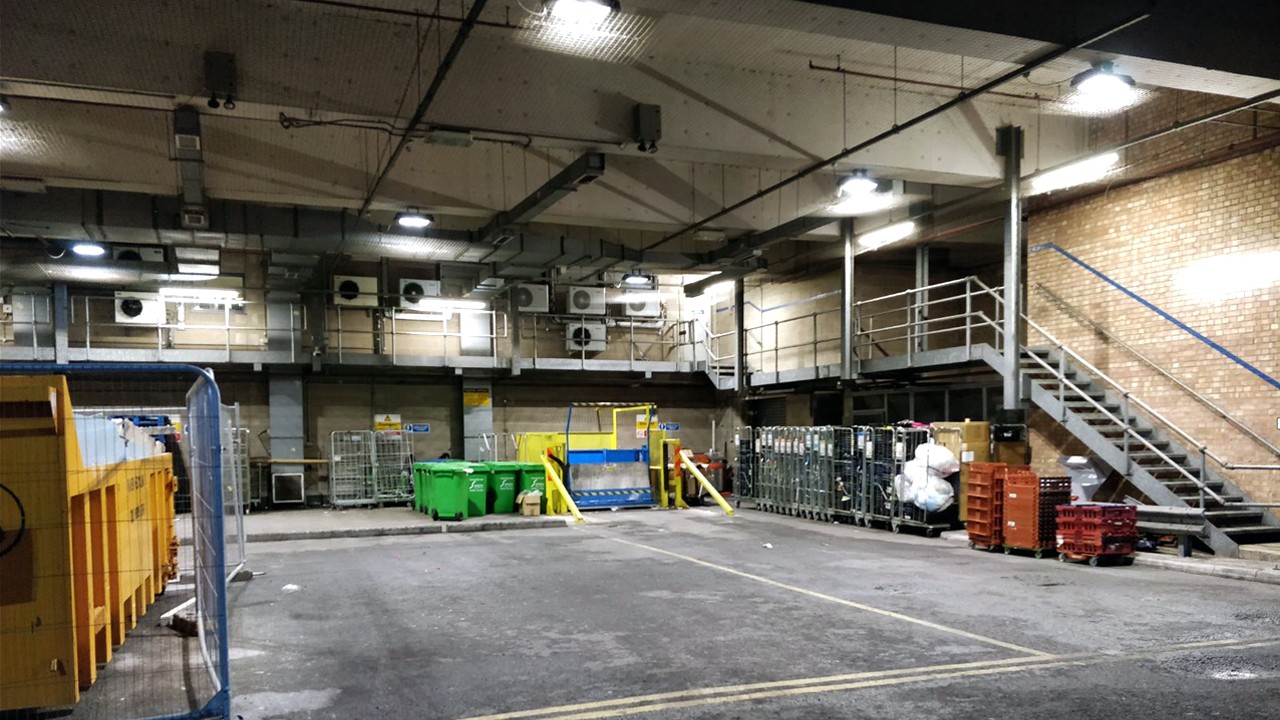 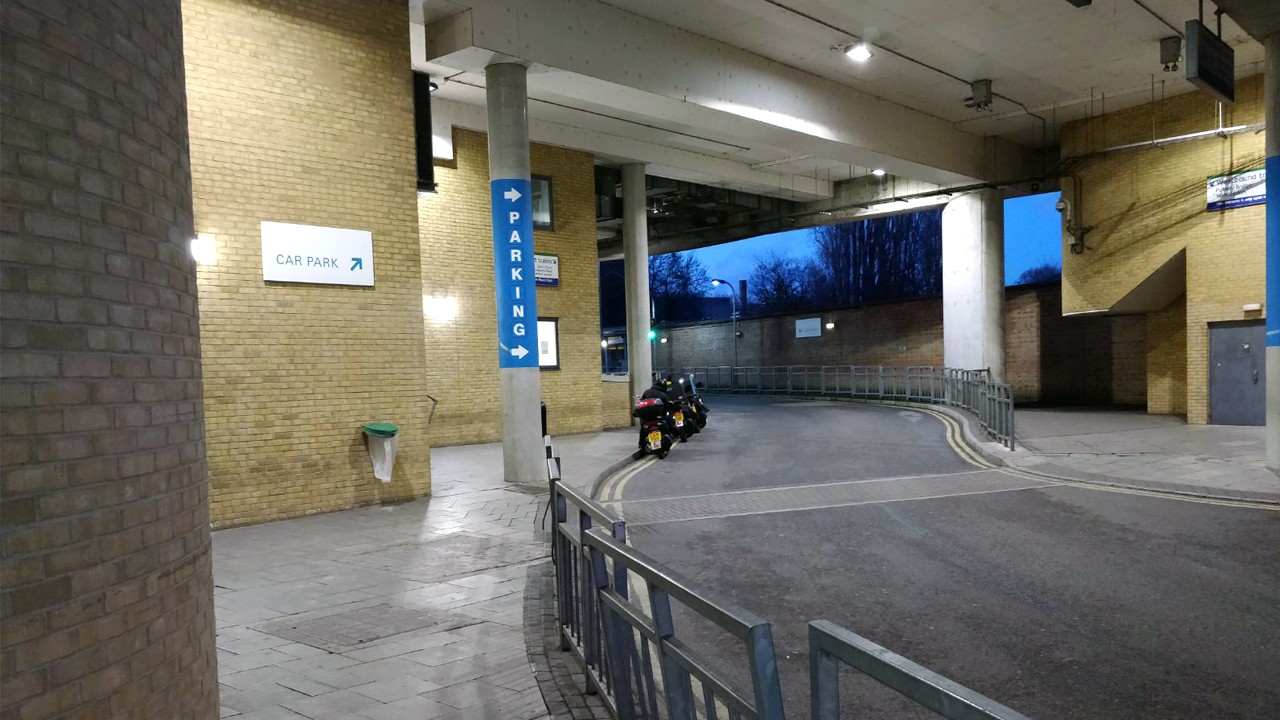 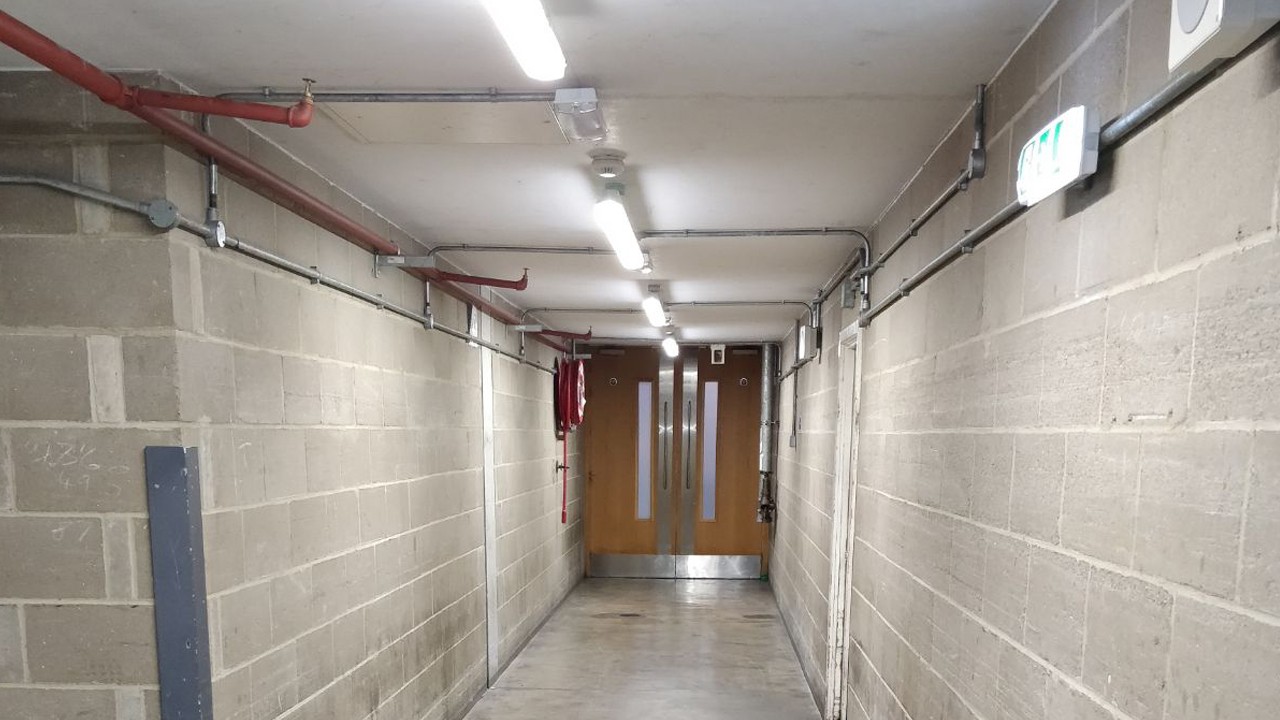 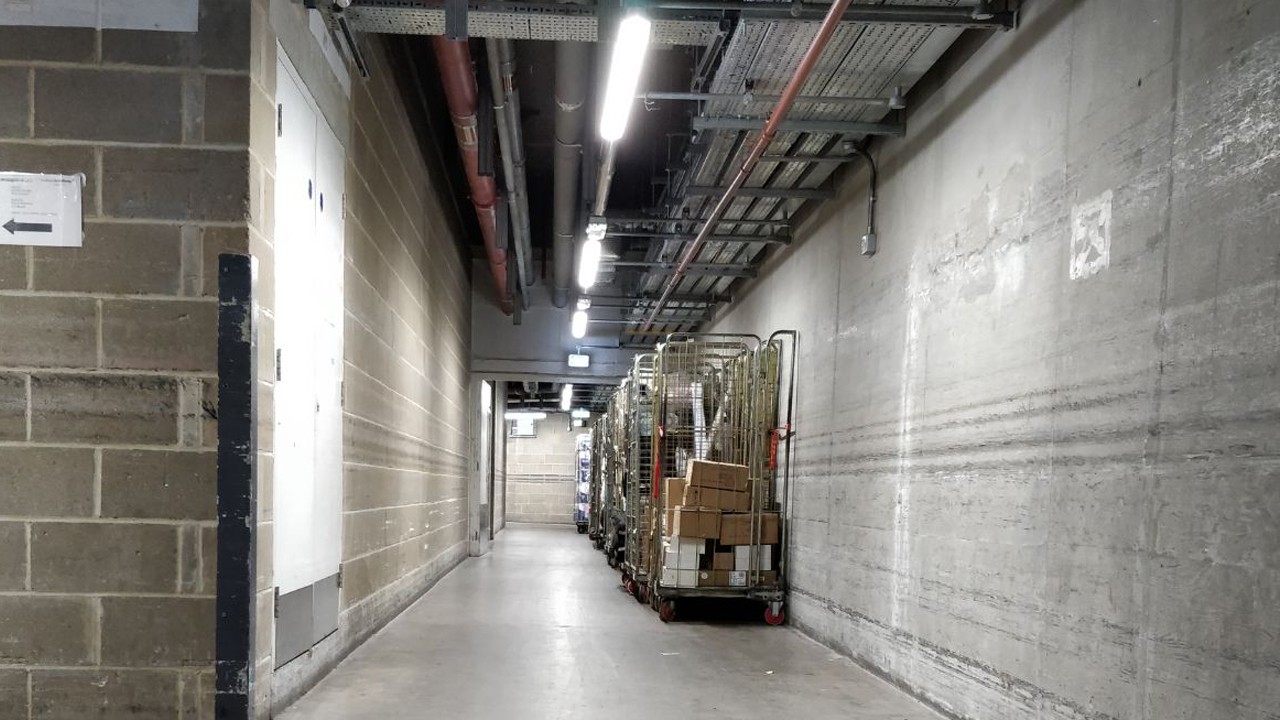 Fulham Broadway, Shopping centre, is located in the heart of Fulham which integrates with Fulham Broadway Underground station on the District Line. This 200,000 square foot retail outlet attracts over 12 million visitors per year with its 12 stores, 9 restaurants, cinema and health club. Meteor Lite were tasked with completing a full LED lighting upgrade for the entire site. This included all of the interior and exterior lighting of the premises.

The main focus of this job was increasing the light output in the communal areas for customers. Because of the high levels of customer footfall, it was vital for Fulham Broadway to increase the lighting levels in all areas and this was achieved by the introduction of 30W LED Downlights. We chose LED RGB flood lights to illuminate the upper levels of the main mall area. These fittings helped highlight the modern style of this large shopping centre and added an eye catching display.

This new LED lighting system will help Fulham Broadway save roughly 195,911kW of power per year through a reduction in the power required to power the lights. The LED lighting provided a vast increase of the lux levels in the main mall and other areas throughout the premises. This job has a payback period of only 28 months which is significant due to the scale of this project.

More Retail Projects Back to all Projects